This is a real 2 layer double sided copper core PCB .

Many other PCB factories only can make single layer copper core PCB .

Here is the stackup for this 2 layer copper core PCB . 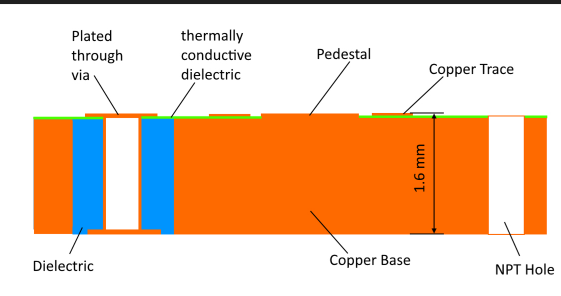 So,we have to drill a bigger hole first, then fill with resin ,and plate to  correct hole size.

The technology invented by Bergquist Company in the US and described in October 2010 OSRAM workshop (see attached document page 36),was originally called “Formed Pedestal”, which allowed base material to be formed planar to adjacent circuitry copper layers for connection to an isolated thermal pad of high power LED. While the process of creating the “Formed Pedestal” now is not made using punch tools, the name “Pedestal” does reflect the physical build-up of the PCB.

Plated through via (in our case plated through pads for T/H component) are insulated from the base copper material.

“Pedestal” for connection to an isolated thermal pad of the LED (large pad in the middle of LED footprint) is a part of the base,and has no dielectric on it, and mounting holes are just drilled holes, going through dielectric layer on top and the copper base. They are to secure PCB within the enclosure and provide reliable thermal contact between the PCB and enclosure, acting as a heat sink.

The exact cross-section of the pedestal is shown on page 41 of the document, and as the inventors of technology use the word “Pedestal”, 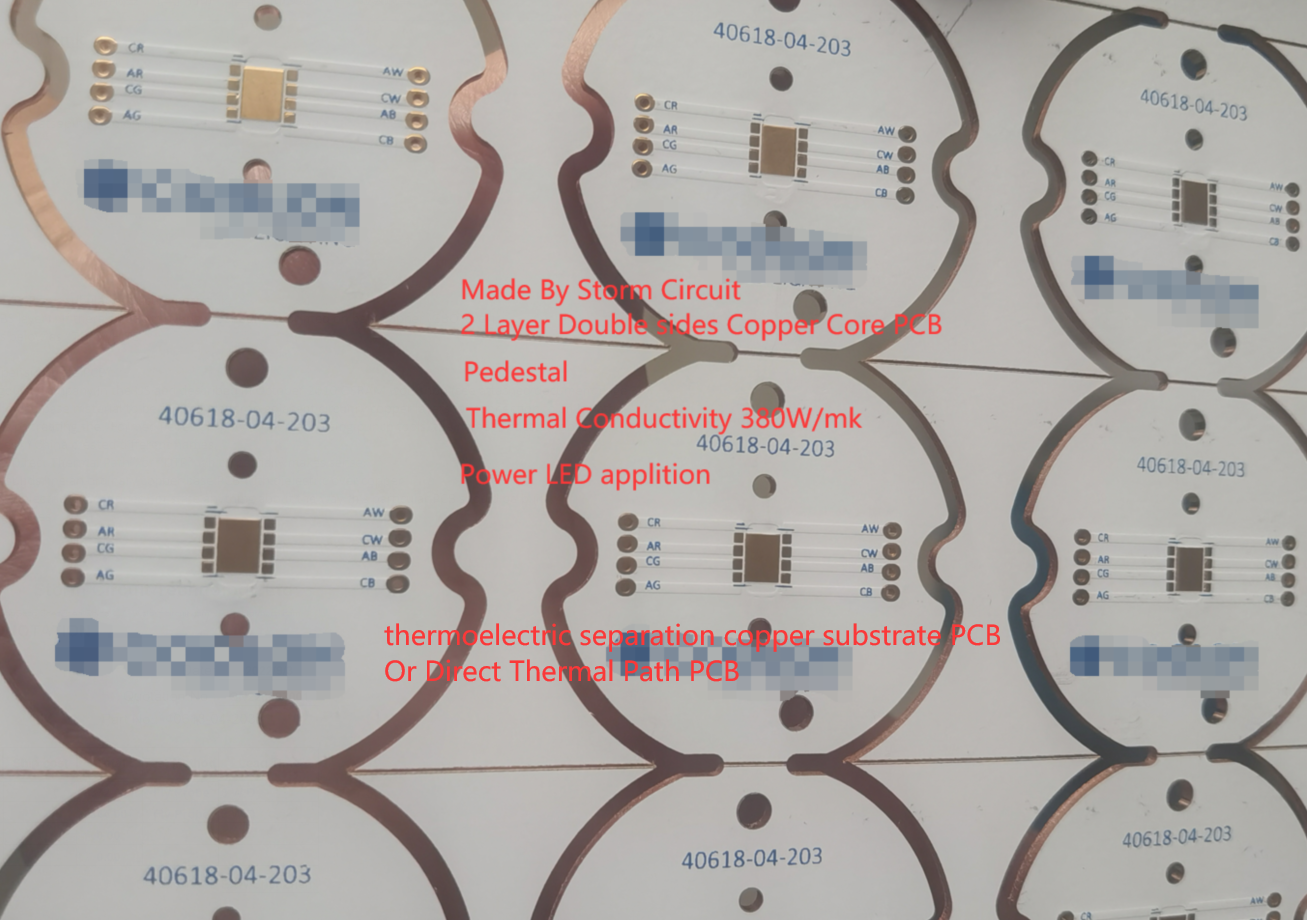 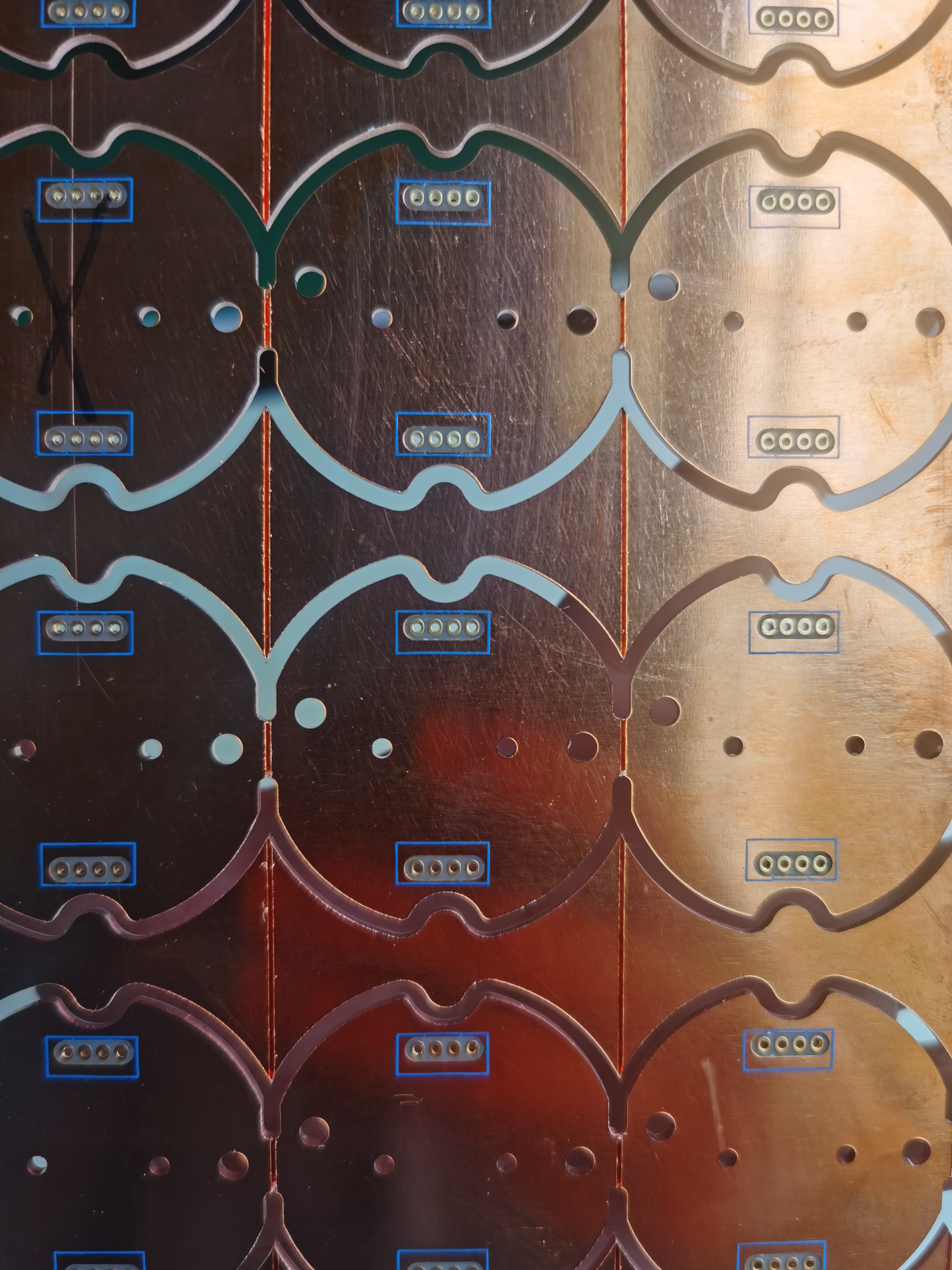 Bottom side , ENIG at the 8 plated holes.

Our Clients Are Our First Priority